During the lockdown we continued to offer advice online and via Zoom/Skype or Meets sometimes even surveying via mobile phone linked images to home in on problem areas and advise. We also have some suggested lockdown activities here .

Up until the end of February 2020 DraughtBusting activity continued with some work and a lot of consultancy outside the area.

Some very very draughty new homes in the British Isles contacted us to seek advice on rectification works. This is tragic and widespread in England but generally not known about, not rectified or reported. I intend to visit Ireland in February hopefully with a student or researcher to write reports on the very serious problems that were encountered there.

Draughtproofing activity was carried out on single properties in both Bristol and Brighton.

Locally about twenty properties were attended to, we are still finding missing draught seals to loft hatches, holes round pipes, draughts round window frames and under window boards. Several letter plate secondary brush seals were fitted, general holes, gaps and cracks. We have seen a lot of problems with uPVC doors, the vast majority of these were adjusted either at the latch keep or the shoot bolt keeps. One needed new tubular rubber seals fitted as existing ones were perished, brittle and useless.  We saw two windows with broken friction stays, we do our best to make these work again at least temporarily but recommend contacting the housing association to get replacements. The most remarkable thing that we encountered was a 30 year old wooden casement where the sash missed the frame mullion be a few millimetres and had daylight visible when closed, moving the friction stay over just 5mm sorted the problem, it is unbelievable that it had not been done already by someone else – note that daylight was visible when the sash was closed! – not any more though. 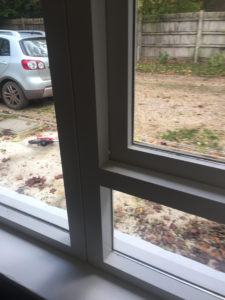 We are starting to find jumbo size trickle vents that don’t/won’t close and sealing them up. This is just one the others were white and uncloseable. 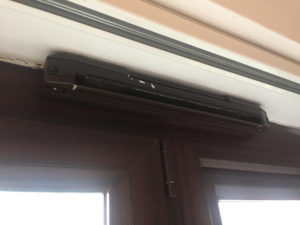 Tony’s unusual tip for reducing condensation in bathroom and shower rooms, open the window just before you start!  Try it and you will be surprised at the result, I sometimes do this even on very cold days.

Vouchers of up to £5000 to help pay for energy saving home improvements are one of the measures expected to be announced by the chancellor, Rishi Sunak, in tomorrow's (Wednesday 8 July 2020) statement … END_OF_DOCUMENT_TOKEN_TO_BE_REPLACED